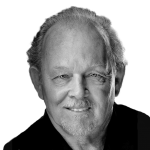 I was raised in Indianapolis, Indiana where I first fell in love, and developed an obsession with singing 50s and 60s rock music. Now, I mellow quietly in Southern California.

THINGS WE LOST IN THE NIGHT, follows my six years as the leader of a mid-sixties rock band, Stark Naked and the Car Thieves. In 1971, after that experience I worked in Hollywood for nine years as a personal manager, first with Seymour Heller, who practically invented Artist Management, and then independently. I tried my hand as a record producer, eventually building and operating CITY RECORDERS, a recording studio on the Paramount Studios lot at Sunset and Gower Boulevards.

I left the music business in 1980 to found TGN, Inc. – THE GAMES NETWORK, where we developed the first digital cable television network, followed by four years in film and video, production and post production. After several years consulting for Fortune 50 companies in Southern California, in the early 2000s I started an online game company, INTELLIGENT LIFE GAMES, to develop, with the help of an exceptionally talented team, IMPERIAL WARS, a multiplayer, online strategy and role-playing game I’d been designing for many years previous.

In recent years, before turning to full time creative writing, I returned to consultancy developing and authoring  technical and instructional materials and curricula for corporate clients. I’m a published short story author, magazine columnist (Nightwork) for Affair Magazine, reviewing southern California’s music scene, and authored and drew a monthly cartoon strip called FRETS  for INSIDE Video & Music, a music industry magazine. I am unreasonably fortunate to share my existence with my wife, Laurie and Chili Dog. [/wptab] [wptab name=’Background in Music’]

THINGS WE LOST IN THE NIGHT 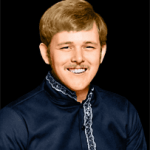 NIGHT PEOPLE, Book 1, improbably reunites me with my vocal group, the Reflections, from a broken life in the sleepy Midwest to the San Francisco Bay Area,  1,800 miles away. My vocalist friends and I attempt to turn ourselves into a rock band in the mid-sixties musical whirlwind of San Francisco’s East Bay dive bars. The band manages to survive, though at great personal cost, and finds itself accidentally renamed Stark Naked and the Car Thieves, which begins to rise to local fame in a North Beach topless club. On to Hollywood nights, celebrity managers, gangsters, famous studios and music producers, to become the first rock band to perform at Las Vegas’ fantastic new Caesars Palace Hotel. I narrowly avoid the Selective Service’s all-expenses-paid trip to Vietnam as our first record is being released.

In ENCHANTED, Book 2, as our second record, picked by Billboard Magazine to hit the top of the charts, is released the band embarks on an island adventure steeped in ancient magic, where hidden dangers are disguised by exotic beauty. The romance of a lifetime finds me here. We see the true effect of our music when we entertain America’s recovering warriors at the edge of Waikiki at the height of the Vietnam War. With more records being released, appearing nightly at the luxurious Flamingo Sky Room, and sharing the Crown Room at the top of the International Hotel while Elvis performed in the main showroom, everything seemed perfect — until everything changed and the music ended for me. I would try everything to rescue my forever marriage and save my imploding band — if I had the strength.

THINGS WE LOST IN THE NIGHT is my six-year chronicle of life with a band of brothers who loved, betrayed, saved and changed each other; my romantic adventure of true love lost, found, and lost again in the tumultuous sixties. We jostled through a historical time of change in one of the most important eras in national history, meeting memorable characters, the famous and infamous, stretching to reach every entertainer’s mythical dream of  “Making It”, often forgetting the journey was the real prize.

I’d always believed I would someday tell the story of the incredible ride my band brothers and I took as youths from Indianapolis and share the amazing time and events we experienced on the West Coast of the late 1960s. NIGHT PEOPLE was published in June of 2015 and ENCHANTED in April of 2019. I didn’t think writing it would take longer than living it. 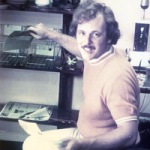 Following my years in Stark Naked and the Car Thieves, I moved to Hollywood where I took over the management of my band in Seymour Heller’s offices. In return, I managed the other young rock bands that Ed Cobb was recording for Attarack-Heller. About three years later, I joined two partners, Ron Singer and Scott Norton, to form The Management Tree with penthouse offices on just west of the Rainbow Grill and the Roxie nightclub on Sunset Boulevard. Eventually, Scott and I took over space at Sunset and Gower Boulevards in the Paramount Studio lot where we built City Recorders, a high-end recording studio. When family affairs called Scott away I took over the studio full-time, recording and producing, while managing several artists, until I left the music in 1980.